Is there any hope on climate change, or are we just screwed?

I hear this question all the time. When people find out what I do for a living, it is generally the first thing they ask. I never have a straightforward or satisfying answer, so I usually dodge it, but in recent years it has come up more and more often.

So let’s tackle it head on. In this post, I will lay out the case for pessimism and the case for (cautious) optimism, pivoting off a new series of papers from leading climate economists.

First, though, let’s talk about the question itself, which contains a number of dubious assumptions, and see if we can hone it into something more concrete and answerable.

“Is there hope?” is the wrong question

When people ask about hope, I don’t think they are after an objective assessment of the odds. Hope is not a prediction that things will go well. It’s not a forecast or an expectation. But then, what is it exactly?

It’s less intellectual than emotional; it’s a feeling. As I wrote at length in this old post, the feeling people are groping for is fellowship. People can face even overwhelming odds with good spirits if they feel part of a community dedicated to a common purpose. What’s terrible is not facing great threat and long odds — what’s terrible is facing them alone. Happily, those working to address climate change are not alone. There are more people involved and more avenues for engagement every day. There’s plenty of fellowship to be found.

More importantly, though, when it comes to climate change, “Is there hope?” is just a malformed question. It mistakes the nature of the problem.

The atmosphere is steadily warming. Things are going to get worse for humanity the more it warms. (To be technical about it, there are a few high-latitude regions that may see improved agricultural production or more temperate weather in the short- to mid-term, but in the long haul, the net negative global changes will swamp those temporary effects.)

The international community has agreed, most recently in the Paris climate accord, to try to limit the rise in global average temperature to no more than 2 degrees Celsius above preindustrial levels, with efforts to keep it to 1.5 degrees. 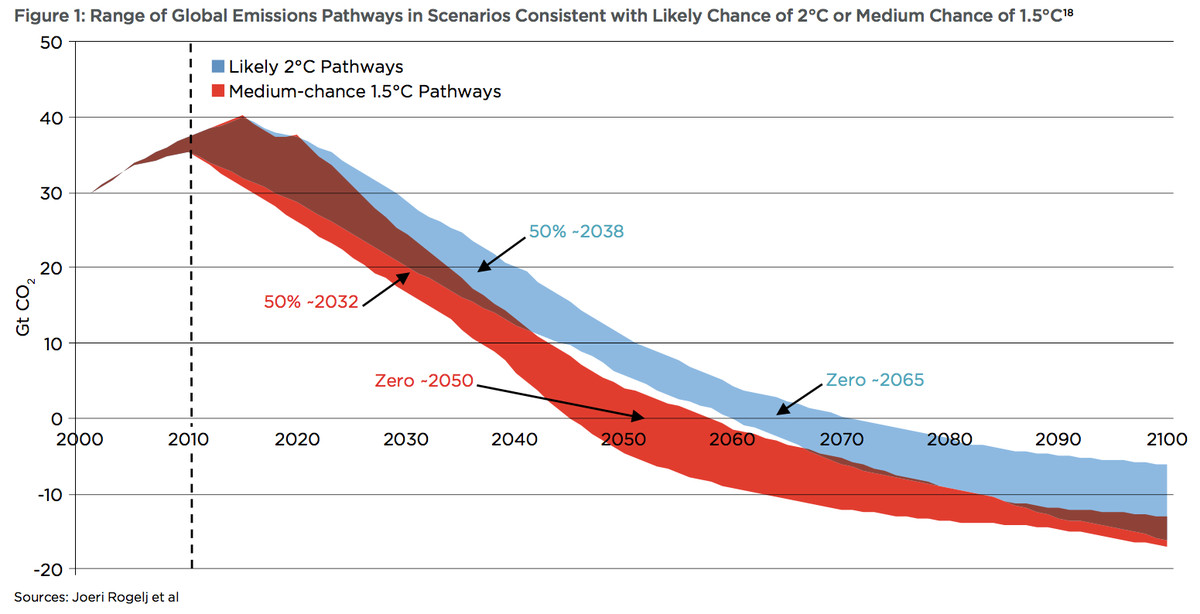 But there’s nothing magic about 2 degrees. It doesn’t mark a line between not-screwed and screwed.

In a sense, we’re already screwed, at least to some extent. The climate is already changing and it’s already taking a measurable toll. Lots more change is “baked in” by recent and current emissions. One way or another, when it comes to the effects of climate change, we’re in for worse.

But we have some choice in how screwed we are, and that choice will remain open to us no matter how hot it gets. Even if temperature rise exceeds 2 degrees, the basic structure of the challenge will remain the same. It will still be warming. It will still get worse for humanity the more it warms. Two degrees will be bad, but three would be worse, four worse than that, and five worse still.

Indeed, if we cross 2 degrees, the need for sustainability becomes more urgent, not less. At that point, we will be flirting with non-trivial tail risks of species-threatening — or at least civilization-threatening — effects.

In sum: humanity faces the urgent imperative to reduce greenhouse gas emissions, then eliminate them, and then go “net carbon negative,” i.e., absorb and sequester more carbon from the atmosphere than it emits. It will face that imperative for several generations to come, no matter what the temperature is.

Yes, it’s going to get worse, but nobody gets to give up hope or stop fighting. Sorry.

Rather than just rejecting the question, though, let’s give it a little more specificity, so we can discuss some real answers. Let’s ask: What are the reasonable odds that the current international regime, the one that will likely be in charge for the next dozen crucial years, will reduce global carbon emissions enough to hit the 2 degree target?

Remember, the answer to that question will not tell us whether there is hope, or whether we’re screwed. But it will tell us a great deal about what we’re capable of, whether we can restrain and channel our collective development in a sustainable direction.

With all that said, let’s get to the papers.